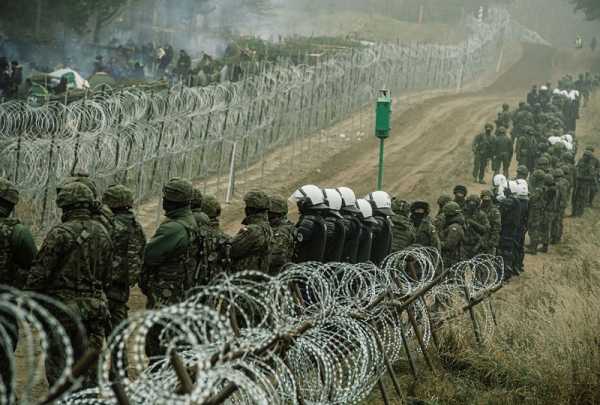 KYIV (Reuters) – Ukraine said on Friday it was sending border guards and national guard officers to its frontier with Poland to share intelligence and operational know-how on dealing with the Belarus migrant crisis.

Thousands of migrants are sheltering in freezing conditions in the woods on the border between Belarus and the EU states Poland and Lithuania, which are refusing to let them cross.

The EU accuses Belarus of creating the crisis as part of a “hybrid attackon the bloc, by distributing Belarusian visas in the Middle East, flying in the migrants and pushing them to cross the border illegally. Belarus denies doing so.

Ukraine, which is on Belarus’ southern border, is wary about becoming a new flashpoint in the crisis, and has already said it is sending thousands of additional troops to reinforce its own frontiers.

“Ukraine supports Poland in this difficult time and hopes that it will be able to resolve the artificially inspired crisis in a peaceful and civilized way,” Ukrainian Interior Minister Denys Monastyskiy told his Polish counterpart, according to a statement.

“We are ready to promptly consider any request from the Polish side to provide assistance in resolving the current situation.”

Ukraine has also accused Russia of stoking the crisis – an accusation denied by Russia. Russian and Belarusian paratroopers held joint drills in western Belarus on Friday.