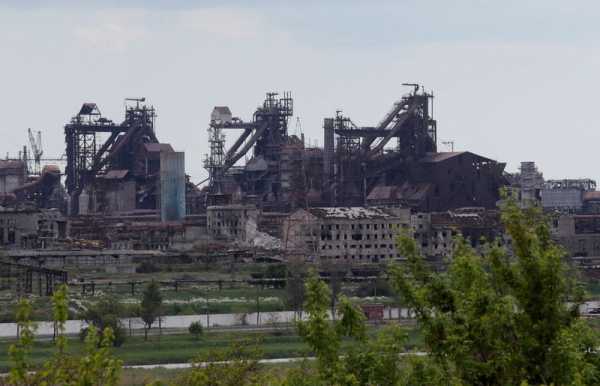 (Reuters) – Ukrainian President Volodymyr Zelenskiy on Thursday said Russian forces had “completely destroyed” the industrial Donbas region and accused Moscow of carrying out senseless bombardments as it intensified its offensive.

Zelenskiy also accused Russian forces of attempting to kill as many Ukrainians and do as much damage as possible, repeating his charge that Russia was carrying out a genocide.

Zelenskiy said that while Ukrainian forces were continuing to liberate the Kharkiv region to the east of Kyiv, Russia was trying to exert even more pressure in the Donbas, which lies in the southeastern part of Ukraine.

“It is hell there – and that is not an exaggeration,” he said in a late night video address, adding that 12 people had been killed in the “brutal and absolutely senseless bombardment” of Severodonetsk on Thursday.

“(There are) constant strikes on the Odesa region, on the cities of central Ukraine. The Donbas is completely destroyed,” he said.

“This is a deliberate and criminal attempt to kill as many Ukrainians as possible, to destroy as many houses, social facilities and enterprises as possible.”