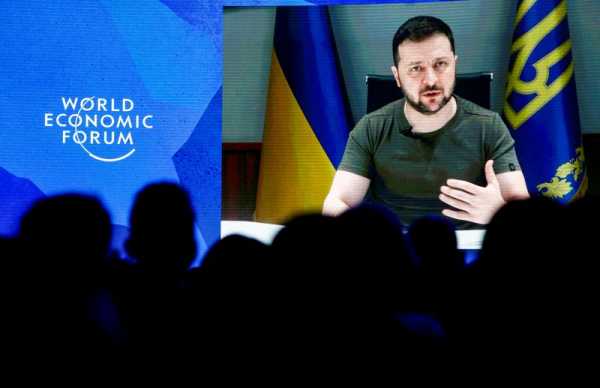 KYIV (Reuters) – The appeal of Russian money is making some countries tolerant of its aggression, Ukrainian President Volodymyr Zelenskiy said on Thursday as he rejected calls to accept territorial concessions to appease Moscow.

“Today we hear that allegedly Russia should be given what it wants, supposedly it is necessary to agree that some peoples may be deprived of some of their foreign policy rights,” Zelenskiy said in a video address to the Latvian parliament.

“We must fight for the principle that nation(hood) is important,” he said.