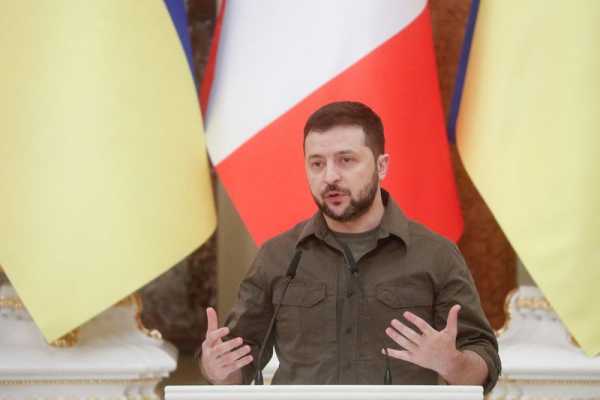 PARIS (Reuters) – Ukrainian President Volodymyr Zelenskiy, speaking to French University Sciences Po, said he wanted to restore the country’s territory before an end of the war with Russia could be envisioned, adding he was still willing to dialogue with Moscow.

“Once we recoup all that is ours, we will finish this”, Zelenskiy told students via videolink.