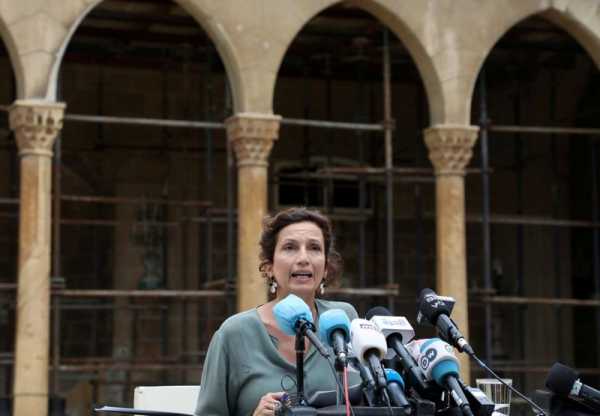 PARIS (Reuters) – UNESCO Director General Audrey Azoulay was elected to a second four-year term as head of the United Nations’ cultural agency on Tuesday after a vote of its 193 members.

Azoulay was appointed in 2017 after a bitter campaign. Her mandate was to revive the organisation’s fortunes after former U.S. President Donald Trump withdrew the United States over accusations of anti-Israel bias.

The agency, founded in the ashes of World War Two to protect the common cultural inheritance of humanity, is best known for designating and protecting archaeological and heritage sites, from the Galapagos Islands to the tombs of Timbuktu.

Most of its activities are uncontroversial, but issues such as resolutions about how religious sites should be run in Jerusalem have been highly charged and the United States quit over accusations of anti-Israeli bias by the body.

The United States provided one-fifth of the Paris-based agency’s funding, but former U.S. President Barack Obama stopped paying in 2011 when Palestine became a full member because it is barred by U.S. law.

U.S. law forbids Washington from funding U.N. bodies that have admitted Palestine as a full member, although a waiver can be sought.

Washington owed $542 million when it quit.