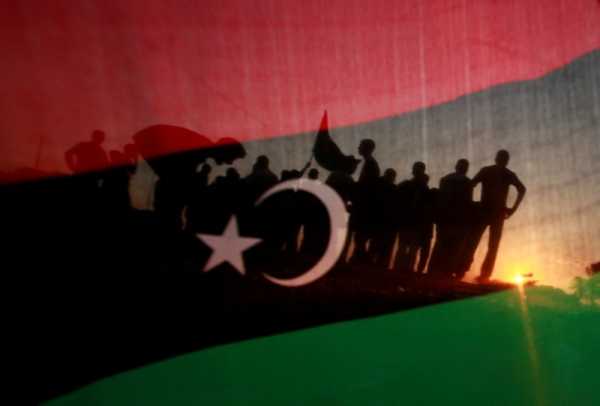 The meeting, which included the leaders of France, Libya, Germany, Italy and Egypt, as well as the U.S. vice president, was to cement backing for the planned Dec. 24 election and efforts to remove foreign forces.

The elections are envisaged as a key moment in a U.N.-backed peace process to end a decade of violent chaos that has drawn in regional powers and undermined Mediterranean stability since the 2011 NATO-backed uprising against Muammar Gaddafi.

The votes for a new president and parliament are still in doubt with six weeks to go amid disputes between rival Libyan factions and political bodies over the rules underpinning the electoral schedule and who can run.

The world powers said they backed an electoral process “starting” on Dec. 24, a change in emphasis from a previous demand for both votes to happen simultaneously on that day.

Italian Prime Minister Mario Draghi said it was essential a new election law was drawn up “with the agreement of everyone… not in the coming weeks, but in the coming days”.

Libya’s interim Prime Minister Abdulhamid al-Dbeibah said he had emphasised urgent changes during the meeting to the electoral rules that rival Libyan political bodies are tussling over.

There is no agreement yet on the constitutional basis for the election or whether Dbeibah himself, a likely front-runner for president, might be allowed to register to stand so soon before the vote and after having promised to take no part.

Wrangling over the election threatens to unravel the wider peace process, which also includes efforts to unify long-divided state institutions and to pull out foreign mercenaries who remain entrenched along frontlines despite a ceasefire.

Powers in Paris decided “that individuals or entities, inside or outside of Libya, who might attempt to obstruct, undermine, manipulate or falsify the electoral process and the political transition” could face sanctions.

They backed an “inclusive” process, a word often used in the context of Libya’s election, to mean allowing all candidates to run including divisive factional leaders.

French President Emmanuel Macron said a commitment by eastern forces to remove 300 foreign mercenaries through a process agreed between the warring eastern and western sides must be followed by Russia and Turkey pulling out fighters.

Paris initially wanted the leaders of Russia and Turkey to attend. Turkey, which fears France wants to accelerate the departure of Turkish forces from Libya, has joined Moscow in sending lower level representatives.

Ankara voiced reservations over language in the final statement regarding the departure of foreign forces. It stresses a difference between the presence of its troops in Libya that were invited by a U.N.-recognised government and those imported by other factions.

Mercenaries from Russia’s Wagner Group are entrenched alongside the eastern-based Libyan National Army (LNA), which was supported in the war by Moscow, along with the United Arab Emirates and Egypt.

Ukraine says it sends officers to Polish border to share intel on ...