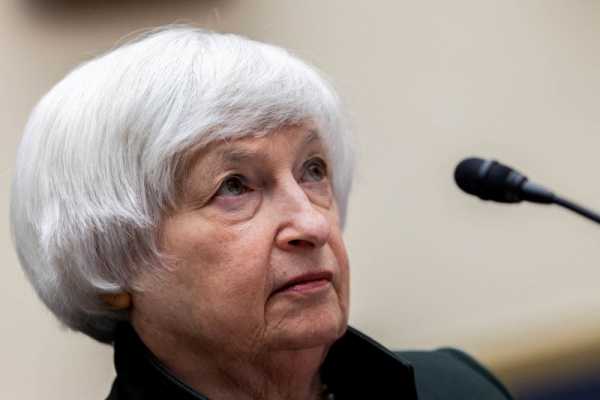 WASHINGTON (Reuters) – U.S. Treasury Secretary Janet Yellen said she never urged for the adoption of a smaller COVID-19 relief package, rebutting a media report in which a biographer was quoted as claiming that she asked officials to scale back the $1.9 trillion American Rescue Plan by a third.

“I never urged adoption of a smaller American Rescue Plan package, and I believe that ARP played a central role in driving strong growth throughout 2021 and afterwards,” Yellen said in a statement on Saturday.

Bloomberg on Friday quoted an advance copy of a biography on Yellen, written by journalist Owen Ullmann, who said that she was worried that “too much government money was flowing into the economy too quickly.”

(Reporting by Andrea Shalal and Kanishka Singh in Washington; Editing by Lisa Shumaker)