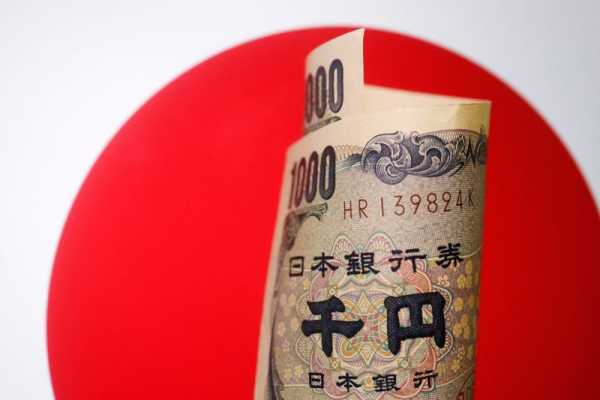 The euro was steady despite French President Emmanuel Macron losing an absolute majority over the weekend.

The U.S. dollar paused for breath following a volatile week that saw it retreat sharply from a two-decade high against major peers. However, it recovered half of that by the end of last week as investors continue to assess the outlook for U.S. monetary policy and the risk of recession following the Federal Reserve’s biggest rate increase since 1995.

The dollar index, which measures the currency against the yen, euro and four other major peers, was flat at 104.70, consolidating below the 105.79 high from Wednesday, a level not seen since late 2002.

The BOJ on Friday bucked a wave of tightening that included the Fed, Bank of England and even a shock half-point hike from the Swiss National Bank, while also resisting attacks from bond market speculators testing the monetary authority’s commitment to its 25 basis point tolerance band around the zero percent target for the 10-year Japanese government bond yield.

By contrast, the Fed followed a 75 basis-point rate hike mid-week by stating in its twice-yearly monetary policy report to Congress on Friday its “unconditional” commitment to fighting inflation, despite rising risks of recession.

Fed Chair Jerome Powell testifies before the Senate and the House on Wednesday and Thursday.

“The market was gearing up for a BOJ capitulation (but) got exactly the opposite,” sending the yen tumbling, National Australia Bank senior foreign-exchange strategist Rodrigo Catril wrote in a client note.

In contrast the Fed’s message of continued aggressive inflation fighting “could not be clearer,” and the dollar has “regained its mojo” as a result, he said.

The euro ticked up 0.03% to $1.04935, despite French President Macron losing control of the National Assembly in legislative elections on Sunday, a major setback that could throw the country into political paralysis.